Story – Whatever Happens In Life Is For Good 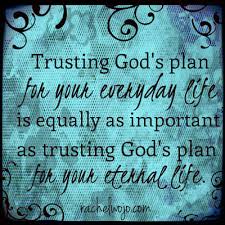 Many times in our lives many problems are encountered that we do not understand. To show this here is a story:

Once upon a time a volunteer Sunny ( name changed) working for the temple became very thoughtful, as he had worked all his life there. Sunny felt that the God would listen to his request to exchange his place just for a day so that God’s monotony would break and he will have a new way of spending time. Initially, God refused, but to reform Sunny he agreed.

The God asked Sunny to promise that no matter what happens there in the temple he ( Sunny) would keep quite and remain stationary and observe and report to him his experience. I have plans for everyone and that nobody needs to worry. People will come and pray with all sorts of problems and demands, but you will not do anything but stand motionless.
Sunny agreed readily and said,” Very easy, no problem. I will keep my word.” and exchanged the place to stand in God’s position and posture.

Soon, the first devotee, a wealthy businessman entered to offer for his morning prayer. He bowed down and prayed that God should lead his way as ever. He submitted that God should take care of his new factory opening that day. As he rose up, his wallet slipped to the floor without notice. Sunny wanted to help the businessman but kept quiet to keep his promise.

The second devotee came, a poor honest and truthful being with nothing in his pocket except a coin. He dropped the coin in the donation box. He prayed to God to do the needful to solve his domestic problems. He needed money to get medicines but had no money. As he opened his eyes, he noticed the wallet lying and picked it up and was very grateful to God. He left quickly so that he could purchase the drugs.

Sunny did not like this as he knew this man. But for his promise, he maintained silence and his posture as God for the day.

Then came the third man, a shipowner who prayed for a safe voyage for his ship and prayed for His grace. As he was leaving, there came the police with the businessman. Police took the ship owner for an investigation to the police station.

Sunny, could not control himself. He left his posture and told the police that he was a God and disclosed about the poor man who had taken the wallet. The poor man got summons to report even before he could spend the money; he had to return the wallet and put in the lock up. His sickness went untreated. The shipowner was let off for not being in fault. The shipowner was let off with apologies.

In the evening, God returned to relieve Sunny. Sunny explained in detail to God that he had done his duty and saved the businessman, the shipowner and got the thief arrested for punishing.

God was annoyed with Sunny for disclosing about the poor man to have taken the wallet. He said the businessman was not an honest and upright person. It made him no difference if he had lost the money. The poor man’s medicine would have cured the ailment and that businessman’s money could have gone for a good cause of purchasing the medicines.

Moreover, if Police had kept the shipowner in the lock up, he would not have sailed. He lost his life and ship which encountered a severe storm and massive loss of property as against God’d will.

You have interrupted God’s will and plan which you should not do. Let us understand that God does the best for all. We should remain in His doing without any grudge.