A young Aussi lady named Lucy Kelly 22, on Friday, had put her robot on duty, in Queue to for getting an Apple’s iPhone6 getting released in Sydney. The robot is an application for the people to make use of new electronic devices. She bagged the third spot for the new version of the iPhone. The Robot got lined up at 5 AM on Thursday in the queue. She had the control operated, from her home and office by attaching the robot to a Segway-style scooter. 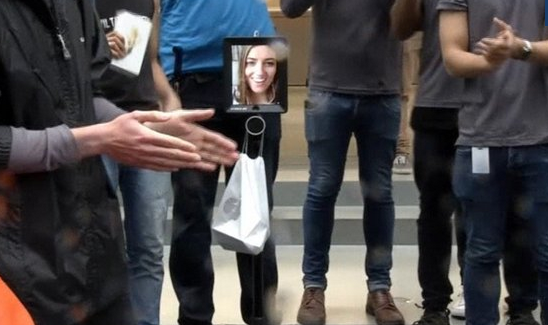 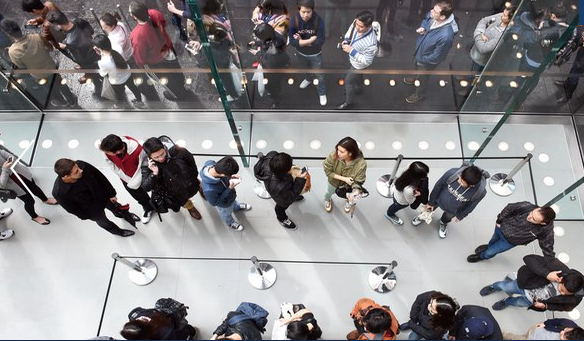 The forward-looking lady worked on Thursday and remained in a weatherproof condition of her home and office. She had complete control over the whole event. She did away with the chilly windy weather in the early hours and prevented any stress due to a long wait in the line and taking leave. It is quite innovative to have worked for this practical solution to get new iPhone6.

She got interviewed on Channel 9 and happily disclosed that after putting the robot on duty she went to sleep hearing the rain drops. She remained available and got viewed on the screen. She talked from home while the robot remained queued, she told Channel Nine: “I’m having a lovely morning. I fell asleep hearing to the rain.”
Lucy Kelly seen on a screen remained connected to a ‘telepresence robot.’

To her surprise, she told the people in line were supportive and this she found out by speaking on her iPad. She serves a communication firm named Atomic 212 that has reportedly had a plenty of humanoids and supported with the performance, which has boosted the business and for Apple. She said, on clearing the bills the iPhone 6 was put in the kit for her attached to the walkie- talkie provided. The robot got steered through the store and Sydney’s streets and her associates collected the phone at a convenient place for her. 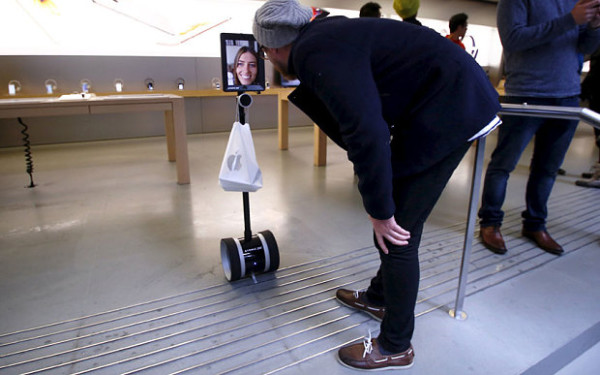 Perhaps this the first time that a robot has performed such a job. People have been known to pay/hire others for to avoid a noisy and troublesome time to receive a phone. Australia happens to be the premier business center for iPhones including places in the Far east like Japan, China.