Wow, You See Here the World Made A History On Earth Day

Every year the Earth’s Day is celebrated on the 22nd Of April to renew the resolutions for The Earth Day to protect the Earth’s environments. Multiple events are held worldwide in more than 193 countries. The Earth Day Network coordinates the event. On this day, the old resolutions are reminded. The powerful nations are primarily bound to make efforts to reduce the pollution of nature by the vast industrial machinery and heavy mechanical outfits found the world over. 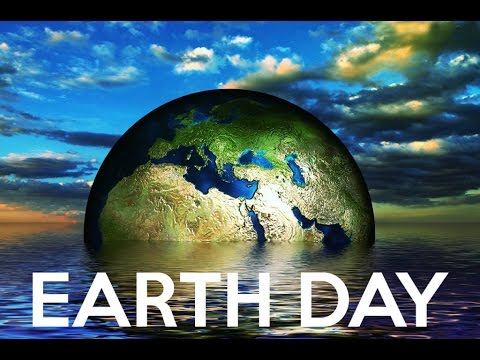 On the 20th April 1970, large numbers over 20 million of the American people came out on roads to demand the end of adverse effect on the environments by the humans and their activities. Since that day, 22nd April has known for the saving the ecological conditions.

Initially, Senator Gaylord Nelson of the USA came up with the idea to attract the attention of the Americans to come forward to protect the environments from the damaging effects of the industrial development in the USA.

He was the “Conservation Governor ” of the State of Wisconsin. His ideas caught the attention of the American public to protect against the environmental degradation. He never neglected the social and ecological costs of technological modernization and industrial development. It was an uphill task to bring the political milieu to work for the environmental protection. He turned to the public for the support which was substantial. Therefore, the politicians could see the urgency of the problem and finally the US environmental legislation followed for the good of all and the world.

Bon Kee Moon, the UN Secretary-General’s call to all the countries to sign the Paris Agreement this year, including the US, China for the actual draft for the Climate Protection Treaty. Officials of the most of the Governments have signed the memorial declaration the ‘ Paris Climate Change Declaration’ to reduce the greenhouse gas discharge and reduce the planet’s warming. It has occurred for the first time in the history of the World to come to such an agreement. It is a special day for Bon Kee Moon as his term draws to an end.

As per the Earthday.Org, the easiest solution to solve the pressing problems of the earth is to implant trees – Aim to Implant minimum of 50000 trees in each country. Over 200 countries celebrate the earth day each year. They carry out cultural programs and also conduct rallies to end the menace of smoke and trash in the cities, to use the renewable energy and keep the flowing waters clean.

The educational institutions over the world have participated actively in making students understand the importance of saving the environments of the earth. Students were asked to write slogans to popularise the concept of making efforts to save the earth and its environs.

The 4k quality of Time lapse video of the Earth from the NASA’s Space Station has named it as ” Off the Earth and for the Earth.” NASA is spending much time and making efforts to keep vigil over the changes in earth’s environs. It has installed powerful cameras.  Videos may be seen using the following links.