An Effective Learning: How to Breathe in a Better Way 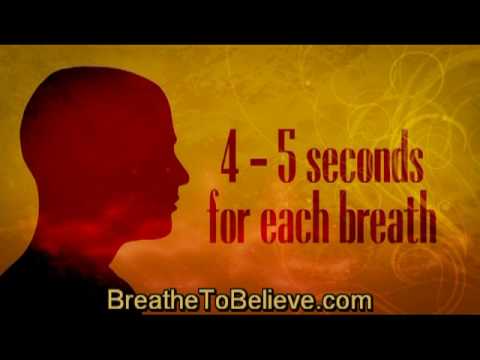 Learn the technique of breathing as taught in Yoga. It is beneficial in nearly all the situations of life, such as doctors proceeding for operation or athletes or sports person about to perform in competition.

The Bhastrika breathing or bellows will lower the heart rate and the blood pressure. The breathing helps one as much as if one is taking regular exercise or medicine. A word of caution, you should not practice Bellows or Bhastrika in case you have high blood pressure.

Calm Oneself: You can not avoid an argument that you had to answer back to prove your righteousness. Argument disturbs your mind and stresses the heart. The better course is to use yoga technique of Bellows (Bhastrika) or Alternate breathing at the rate of 5 cycles per minute. In about ten minutes, you will turn off the fight or flight response and consequently benefit the heart. The mentioned study got carried out at San Fransisco State University. The study head pointed out that if five cycles of breathing seem slow, one may increase the pace to 10 or lesser breath per minutes

In another study by Mayo Clinic, it disclosed that Bhastrika ( Bellows) and paced breathing of alternate nostril breathing and meditation for 15 min session, practiced daily for four weeks lowered the stress level by about one-third. Besides reduced stress the feeling of getting jangled also goes off.

Regular bouts of Yoga breathing provides quicker relief from the medical treatment like heart surgeries or chemotherapy. At the University of California, just for Chemotherapy, it got proved that the patients of chemotherapy practiced four breathing workouts, which they then repeated twice a day for 10 to 15 minutes. The simple way:1) Looking mentally at your normal breath; 2) deep breaths with an elongated blow; 3) gentle inhales followed by a brief pause and forceful exhales; 4) anulom-vilom pranayamas (alternate-nostril breathing). Taking the Yoga sessions of breathing hastened the recovery of the patients when compared to the control group.

It is carried out in the following four ways: The natural procedures: First: Bhaastrika or Bellows: Sit erect with the neck and trunk remaining a straight line.Take quickly ten breaths and then take a long breath and hold for the period up to a count of ten. Exhale slowly. Take rest for five counts of breath, repeat three cycles of this pranayama.

Bhastrika or Bellows
Sit up erect. With lips closed, rapidly inhale and exhale. After ten breaths, inhale once as deeply as possible, hold for two seconds or longer, then exhale slowly. Rest for five regular breaths and begin again, doing a total of three rounds.

During therapy, these cases were less worried, relaxed completely, and had fewer chemo signs than a control group. And the extra time they gave concentrating on breathing, the higher their comfort.”A yoga instructor can help you learn the methods and tailor them to your condition,” says oncologist Anand Dhruva, M.D.

Pranayam (breathing) is a prescription Rx

In the current investigation, methods developed by experts professionals have helped increase in particular medical difficulties.

There are three that are significant.

Heartburn Exercise the diaphragm muscle with workouts used by musicians diminished the volume of acid supporting up into the esophagus – and gave off with a 75% drop in medicine use – an Austrian study found.

Asthma: A study carried out in Greece had fewer symptoms of Asthma, and their lung functioning improved after just 12 sittings of breath retraining.

PrevPreviousYou See Here Teachers get confused Because of Students
NextUnderstand, Dehydration is the Reason You’re Unwell Most Of The TimeNext
On Key