Pure air or unpolluted air bestows good health on all living creatures, human, animals, plants. We do not know because of pollution caused by humans how good or bad is the atmosphere around. You need a laboratory or be a scientist to see the quality of air around. The impure air decimates early every year around 2 million people as per the World Health Organization (WHO). Added to this phenomenon of air pollution global warming and damage to the ozone layer has continued unabated. Unless sure ways and means get adopted and implemented, the planet will face calamities of unimagined strength pretty soon.

At the human level, we find the phenomenon as follows: The eyes water because of heavy smoke with much of carbon soot and other gases from the emission of vehicles & other activities in major cities of India, China and other cities around the world at large. The visibility reduces especially on the onset of winters and roads and rail routes become unsafe, and due to this accidents and deaths are common to hear. It is very troublesome to breathe in such a polluted air. Fifteen years earlier the lungs were reported to be red for the residents in Delhi, but are coated with black today and in the danger of acquiring cancer as claimed by Leading pulmonologists. Doctors have noted the alarming rise in the number of non-smokers falling victim to lung disease in New Delhi, a city that the high court defined as a ‘gas chamber’ two years ago. Leading pulmonologists denounce the worrisome course on poor air quality and maintain there is a tectonic change in patient contour as the number of non-smokers getting the deadly disease has spread up to 40 percent from about 10 percent 15 years ago. Most affected are the younger generation who have a lot of years to live.

The news about air pollution is not good for the world today. Unless all of us get together to take proper joint action for the health of people in the countries around the world the quality of air would get worse in the coming days. A substantial number of hands and types of appliances are required in the sampling, scientific analyses, figures reporting, etc. The data available enhances the probability of variation and personnel biases reflecting it. Hence it is proper to mention that these data be taken as indicative somewhat and not complete.

In 2014 Of the 1600 cities around the world Indian capital New Delhi has the most toxic air in the world The PM2.5 on the Average in  New Delhi: 153, Doha:93, Beijing 9356 and New York City: 14 – source WHO. The data found for Delhi was ten times higher than the acceptable standards.

The Particulate matter ( PM-10). It damages all the living beings.PM-10 means respirable particulate matter. The particle diameter size is 10 micrometer. The next smaller size is 2.5 micrometer or less. If PM2.5 micron level exceeds more than 60 particles or PM10 level exceeds 100, then the air is unhealthy, and it slowly inflicts various diseases. For the people living in any area, the data gets collected on multiple spots in cities where the PM-10 particulars found to exceed the safe limit of 100.

How does the polluted air damages the Health:

The PM-10 particles have Carbon mono oxide (CO), carbon di Oxide( Co2) that get mixed with free Lead in the air and on breathing reach the lungs. That results in the reduction in the quantity of oxygen reaching the blood. The effect results in humans have difficulty in breathing that in turn leads to serious health related diseases. It is high time that maintaining air purity gets priority and monitored all over the world. The UN has guidelines to this effect as propagated in Paris climate summit ( UN Framework Convention on Climate Change (UNFCCC) in 1992). The details of working out and determine status and trends of ambient air quality; to find out whether the prescribed ambient air quality standards are violated or not. To obtain the knowledge and understanding necessary for preventive and corrective measures and to get to know the natural cleansing process undergoing in the environment through pollution dilution, dispersion, wind-based drift, dry deposition, rain and chemical transformation of pollutants generated. 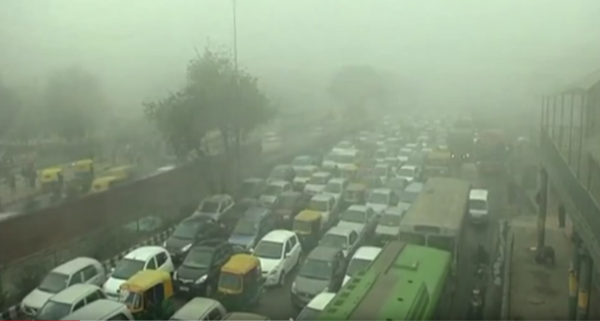 All we need to verify four of the pollutants. They are 1) Respirable Suspended Particulate Matter (RSPM / PM10) 2) Fine Particulate Matter (PM2.5)  3. Oxides of Nitrogen as NO2, 4). Sulphur Dioxide (SO2) along with these Wind speed and direction coming from and the relative humidity. The temperature is prevailing at the time of observation. The log of the gaseous pollutants gets tracked every 4 hrs and every 8 hours. The sampling is carried out for the particulate matter. This data gets collected by National, state, and local Governments to prepare the summary for the year and following yearly chart with 104 observations for inference.

1) Travel in groups – to save fuel

3) Use Bicycle instead of Vehicle driven by petrol or diesel

6) Choose items with minimum packaging so that paper product will save cutting down the trees.

7) Use renewable sources of energy like solar power, Wind power or tidal power

9) Work from home by asking the employer

11) Use rechargeable batteries – they would save in the end.

13) While driving remain at optimum speed to consume less fuel

14) Keep your tyre air pressure to the right and recommended level by filling regularly.

16) Switch off lights and power gadgets when not in use.

17) Plant green trees around so that atmospheric Oxygen level improves. Place green plants inside the buildings you live in and work.

19). Use liquefied natural Gas and not charcoal

20 Use both sides of the paper when writing

21 Use as fas as possible recycled products to save trees.

Have organic food if possible.