The Most Prominent Blessing a Person can have is a Healthy Life…. 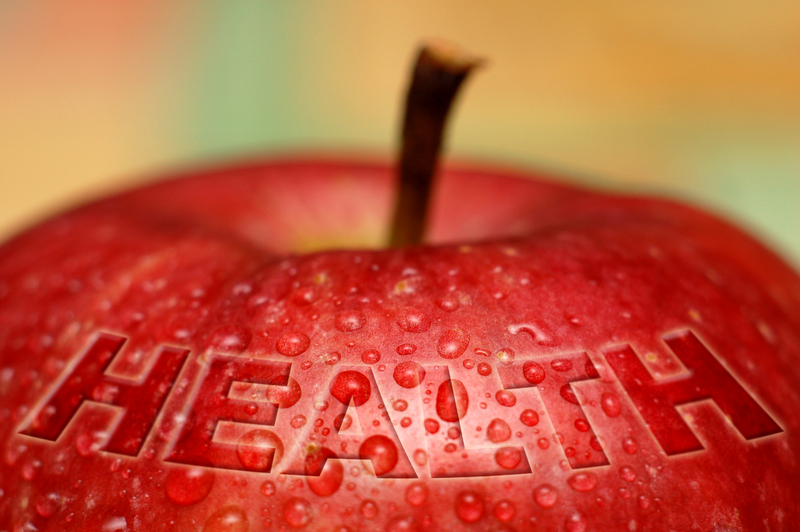 Health is defined as the state of physical, social and emotional well being of a person. It is very important for all of us to stay fit, active and agile. This can only happen if we strive to keep ourselves fit and healthy. People with proper health and fitness have great immunity systems, which keep them several miles away from diseases and germs. A sound mind can only exist in a sound body. Hence, our bodies require our attention.

Maintaining health and fitness requires consumption of a balanced diet containing all the essential nutrients and some sort of physical exercise, on a regular basis. You can walk, jog, swim, dance, play or do any sort of physical activity, which provides you a kind of workout. Joseph Addison had once remarked, “Cheerfulness is the best promoter of health and is as friendly to the mind as to the body” Being happy and cheerful is also a way of staying healthy.

Preserving health by too severe a rule is a worrisome malady.

It is amazing how much crisper the general experience of life becomes when your body is given a chance to develop a little strength.

Frank Duff, A Coder in Courierland

What some call health, if purchased by perpetual anxiety about diet, isn’t much better than tedious disease.

Health is not simply the absence of sickness.

A wise man should consider that health is the greatest of human blessings, and learn how by his own thought to derive benefit from his illnesses.

Look to your health; and if you have it, praise God and value it next to conscience; for health is the second blessing that we mortals are capable of, a blessing money can’t buy.

If you trust Google more than your doctor then maybe it’s time to switch doctors.

You can either hold yourself up to the unrealistic standards of others, or ignore them and concentrate on being happy with yourself as you are.

A vigorous five-mile walk will do more good for an unhappy but otherwise healthy adult than all the medicine and psychology in the world.

Pain (any pain–emotional, physical, mental) has a message. The information it has about our life can be remarkably specific, but it usually falls into one of two categories: “We would be more alive if we did more of this,” and, “Life would be more lovely if we did less of that.” Once we get the pain’s message, and follow its advice, the pain goes away.

The more severe the pain or illness, the more severe will be the necessary changes. These may involve breaking bad habits, or acquiring some new and better ones.

Health consists of having the same diseases as one’s neighbors.

One of the most sublime experiences we can ever have is to wake up feeling healthy after we have been sick.

Quit worrying about your health. It’ll go away.

Make your own recovery the first priority in your life.

A Hospital is no place to be sick.

I already knew to eat clean and listen to my body, to only eat when I was in a calm mental state. Everyone knew. But when you’re fat in the head, it’s never about knowing the answers. It’s about living them.

I’d heard it all the time, ‘Live in the moment.’ But if I did that, I’d weigh more than a dump truck. Losing weight wasn’t about the moment at all; it was about having faith in the future. It was about knowing there would be another meal in a few hours.

That’s the thing about being a former fat camp champ: when asked if I’d change my past if I could, I always answer no. The pain of being an overweight kid, the humiliation, make you think twice before ever cutting anyone else down.

Beauty isn’t something on the outside. It’s your insides that count! You gotta eat green stuff to make sure you’re pretty on the inside.

Keeping your body healthy is an expression of gratitude to the whole cosmos – the trees, the clouds, everything.

There’s lots of people in this world who spend so much time watching their health that they haven’t the time to enjoy it.

I reckon being ill as one of the great pleasures of life, provided one is not too ill and is not obliged to work till one is better.

Life expectancy would grow by leaps and bounds if green vegetables smelled as good as bacon.

Health is a state of complete physical, mental and social well-being, and not merely the absence of disease or infirmity.

The power of love to change bodies is legendary, built into folklore, common sense, and everyday experience. Love moves the flesh, it pushes matter around…. Throughout history, “tender loving care” has uniformly been recognized as a valuable element in healing.”

As a people, we have become obsessed with Health. There is something fundamentally, radically unhealthy about all this. We do not seem to be seeking more exuberance in living as much as staving off failure, putting off dying. We have lost all confidence in the human body.

The best six doctors anywhere And no one can deny it Are sunshine, water, rest, and air Exercise and diet. These six will gladly you attend If only you are willing Your mind they’ll ease Your will they’ll mend And charge you not a shilling.

He who takes medicine and neglects to diet wastes the skill of his doctors.

If I’d known I was going to live so long, I’d have taken better care of myself.

Red meat is not bad for you. Now blue-green meat, that’s bad for you!

Physical ills are the taxes laid upon this wretched life; some are taxed higher, and some lower, but all pay something.

If the pain wanders, do not waste your time with doctors.

The patient should be made to understand that he or she must take charge of his own life. Don’t take your body to the doctor as if he were a repair shop.

I drive way too fast to worry about cholesterol.

Joy and Temperance and Repose. Slam the door on the doctor’s nose.

If I had my way I’d make health catching instead of disease.

Sickness comes on horseback but departs on foot.

Like everybody else, when I don’t know what else to do, I seem to go in for catching colds.

Diseases of the soul are more dangerous and more numerous than those of the body.

People who are always taking care of their health are like misers who are hoarding a treasure which they have never spirit enough to enjoy.

To feel keenly the poetry of a morning’s roses, one has to have just escaped from the claws of this vulture which we call sickness.

The longer I live the less confidence I have in drugs and the greater is my confidence in the regulation and administration of diet and regimen.

A good laugh and a long sleep are the best cures in the doctor’s book.

There are two things in life that a sage must preserve at every sacrifice, the coats of his stomach and the enamel of his teeth. Some evils admit of consolations, but there are no comforters for dyspepsia and the toothache.

In minds crammed with thoughts, organs clogged with toxins, and bodies stiffened with neglect, there is just no space for anything else.

Men that look no further than their outsides, think health an appurtenance unto life, and quarrel with their constitutions for being sick; but I that have examined the parts of man, and know upon what tender filaments that fabric hangs, do wonder that we are not always so; and considering the thousand doors that lead to death, do thank my God that we can die but once.

What some call health, if purchased by perpetual anxiety about diet, isn’t much better than tedious disease.

Illness is the most heeded of doctors: to goodness and wisdom we only make promises; pain we obey.

When it comes to eating right and exercising, there is no “I’ll start tomorrow.” Tomorrow is disease.

My own prescription for health is less paperwork and more running barefoot through the grass.

We drink one another’s health and spoil our own.

I think you might dispense with half your doctors if you would only consult Dr. Sun more.

The appearance of a disease is swift as an arrow; its disappearance slow, like a thread.

Nature does require Her time of preservation, which perforce I her frail son amongst my brethren mortal Must give my attendance to.

Health is like munny, we never have a true idea of its value until we lose it.

A healthy body and soul come from an unencumbered mind and body.

Adam and Eve ate the first vitamins, including the package.

Our body is a machine for living. It is organized for that, it is its nature. Let life go on in it unhindered and let it defend itself, it will do more than if you paralyze it by encumbering it with remedies.

Gold that buys health can never be ill spent.

Disease is somatic; the suffering from it, psychic.

Health of body and mind is a great blessing, if we can bear it.

Diseases crucify the soul of man, attenuate our bodies, dry them, wither them, rivel them up like old apples, make them as so many Anatomies.

Sometimes I get the feeling the aspirin companies are sponsoring my headaches.

A healthy body is the guest-chamber of the soul; a sick, its prison.

An imaginary ailment is worse than a disease.

Health is a large word. It embraces not the body only, but the mind and spirit as well;… and not today’s pain or pleasure alone, but the whole being and outlook of a man.

Hear your heart. Heart your health.

Preserving the health by too strict a regimen is a wearisome malady.

From the bitterness of disease man learns the sweetness of health.

If man thinks about his physical or moral state he usually discovers that he is ill.

It’s bizarre that the produce manager is more important to my children’s health than the pediatrician.

Every man’s disease is his personal property.

Know, then, whatever cheerful and serene Supports the mind supports the body too.

When an illness knocks you on your ass, you should stay down and relax for a while before trying to get back up.

Healthy people are invalids who don’t know it.

If your body’s not right, the rest of your day will go all wrong. Take care of yourself.

It is a lot harder to keep people well than it is to just get them over a sickness. Take care of yourself.

The cure for everything is saltwater: sweat, tears or the sea.

He who has health has hope, and he who has hope has everything.

Health nuts are going to feel stupid someday, lying in hospitals dying of nothing.

Be careful about reading health books. You may die of a misprint.

The greatest wealth is health.

As I see it, every day you do one of two things: build health or produce disease in yourself.

Every patient carries her or his own doctor inside.

Happiness is nothing more than good health and a bad memory.

Fitness – If it came in a bottle, everybody would have a great body.

Health is not valued till sickness comes.

Be not slow to visit the sick.