Laugh to Know the Truth About Amazing Health Benefits 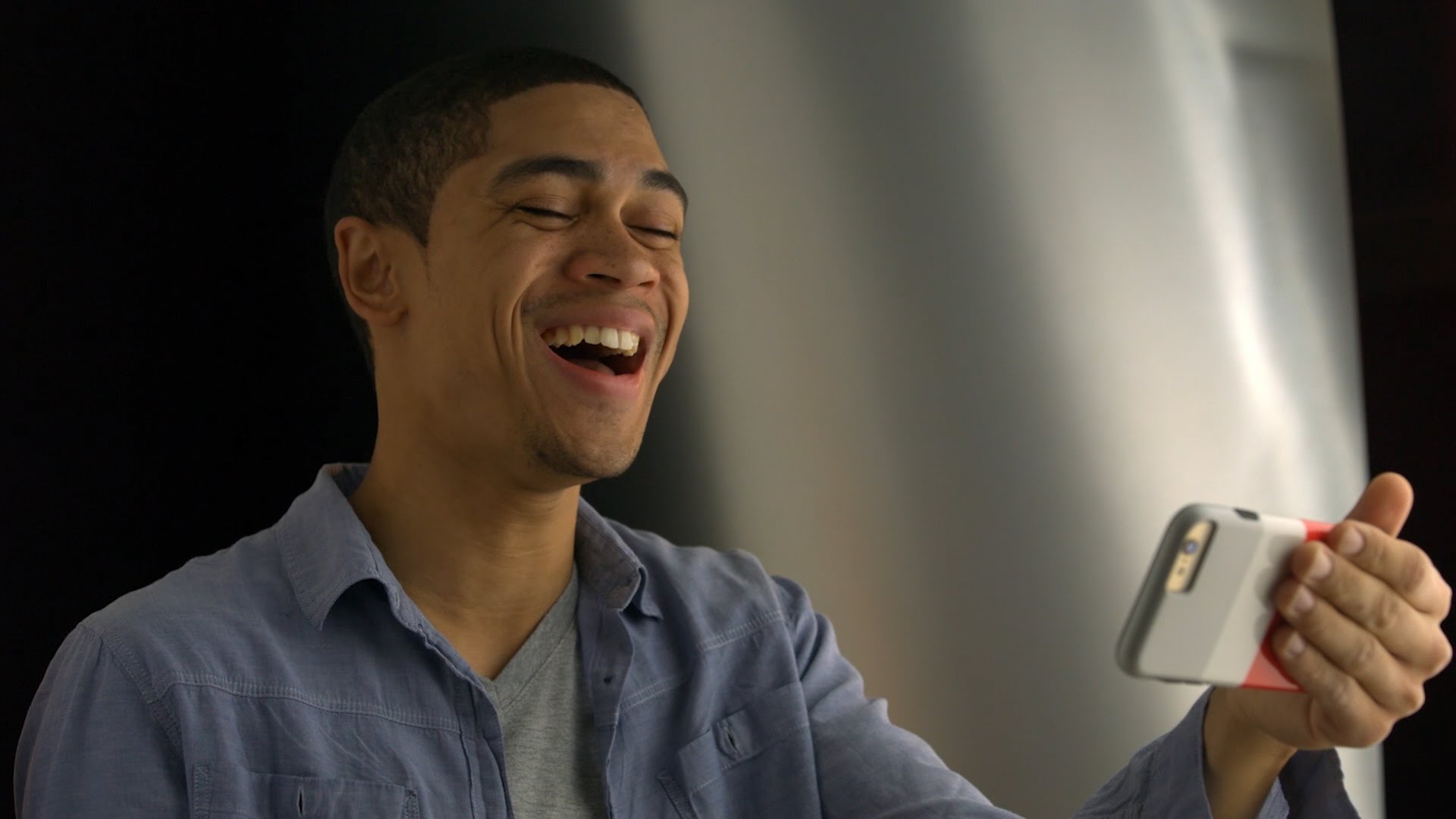 Vensen had written, “To live happily is the religion and duty of the humans. If we keep ourselves happy, then we do a great favour to the world.

This statement is an absolute truth. Just as compassion is rewarding for both merciful and the receiver of mercy,  similarly, the fellow who laughs and makes others laugh, both get benefitted. In an atmosphere of laughter, humans forget their sorrow and misfortune, at least during the laughter period. That person is not worried about anything during that time.

Once a person was sad, was sitting in his drawing room. Because a close relation had passed a few days earlier, that is why he remained sad so long. At that moment a small girl came around and who was bubbling and swirled around and disappeared and she had come. Her movements, made all those sitting around laugh loudly, including the person sitting in his room just mentioned above. One feature of laughter is that it is contagious. If in a gathering 2-3 person smile and laugh, then the remaining people also join.

Laughter has a, in reality, an excellent quality that whatever sorrow occurs that cannot get healed by any means can be dealt for a small time by laughter. In the world, there are such people, those who do not laugh and never join in others’ humorous moments. Even if they laugh, that happens rarely. When it comes to their character, it may be all right to a certain extent.

Well, It is true that research shows that laughing is a powerful remedy for reducing stress, pain and social conflict. It can even make you more attractive. To suppress laughter and remain in the shield of despair keeps one from progressing in life. Usually, it is noticed that cheerful person is more successful in life. It is possible that some person’s difficult situation keeps him sad. But we know that we have to lead a life, it is better to complete one’s journey laughing and remaining happy than remaining sad and gloomy. The people who stay away from laughter are monotonous and tasteless. Their impression on others is negligible. Other people are also not interested in keeping in touch with them. The famous novel writer Munshi Prem Chand wrote,” My biggest prayer to the Almighty is to keep me safe and away from the gloomy persons.”

Most of the world cultures, works of literature, and societies give much importance to Laughter. Wise men advocated that by remaining cheerful, all the sorrows disappear. Whosoever attains cheerfulness, his intellect and intelligence become steadfast.

Laughter is such a virtue that it heals any grief and sorrow that is not curable by any other means or method. The healing may be for a small period or for a short time. The movies or plays keep and include the humour and laughter so that audience does not get bored, and spectators not get affected by the tragic scenes or happenings.

In middle age, the court jester was employed, even during the mourning period to keep the Royals in a good and happy mood., so that they did not feel sad.

South Asia’s the coloured water festival of ‘Holi’  is celebrated to have pranks and comedy. The Comic poet Conferences, Fools Paradize shows get dedicated at all levels in the cities and countryside. In eastern cultures,  much of laughter and humour are not encouraged as opposed to the Occidental cultures where limitless laughter and merriment is much encouraged, liked and promoted.

Laughter as the hidden treasure:

Scientifically it has now been proved beyond doubt that laughter has the best-hidden treasure to remain healthy. Laughter is the best exercise for maintaining good health. To laugh for health and especially laughing freely is highly beneficial. Laughter as medicine is now recognised and given importance in Naturopathy, Ayurveda, Hellenic medicine, Allopathy, Homeopathy and Magnetic therapy. Laughter is also included in Yoga.

Many of the body’s muscles get activated by the laughter. The lungs and the Liver get strengthened.  The person who happily, joyously and in good humour consumes the food benefits his digestive system that remains perfect, which is necessary for the growth of his physic, blood, muscles, bones, etc.

Laugh and make Others laugh

Most of the physicians of the West are of the opinion that the person who always remains happy and ever ready to laugh and make others laugh remains free of any disease and lives longer than others. The famous psychoanalyst of the USA Dr Franz Gabriel Alexander( 1891-1964)  went on to say that there is no life without Laughter.

The best part of laughter is: it brings you closer to those around you – especially the opposite sex. Recent research suggests that women are attracted to men who make them laugh, while men are attracted to women who think they are funny. So always giggle a little, but laugh a lot more so that you feel better. And that’s no joke.

The laughter is not only a tonic for the body, but also for the mind and brain as it is an Invigorating medicine. It provides relief from life’s sorrow, docility and fatigue, etc. Mahatma Gandhi did not refrain from joking and laughing when under mental stress. He said,” If I did not know how to laugh, I would have gone mad a long time earlier”.

Laughter saves from stress and disease:

Renowned scientist Thorsten propagated,” If you want to remove wrinkles from the face and save the doctor’s bills then you have to depend on laughter.

Laughter is the essential remedy for sick people.

The effect of humour makes the medicines effective. In America, the patients whether indoor or outdoor patients are advised to laugh for 15 minutes daily. They are told to read humour books, and magazines and see cartoons and humorous movies.

In our country(India), the Ayurveda professes to keep the body and mind free of the cycle of stress through laughter. It says that remaining sorrowful,  the body energy nosedives. Staying happy( through smiling and laughter) is food for good health and be attractive. When you laugh, you expand chest and lungs. The chest muscles and diaphragm contract, forcing air over your vocal chords to create the rhythmic sound of laughter. Your heart works faster, and the inner lining of the blood vessels dilate, that increases blood flow and gives more oxygen to the rest of your body. You laugh so hard, and you may pee a bit. The laughter also triggers endorphins the body’s feel-good hormones, which can help to relieve pain. Laughter has been shown to ease the feeling of depression and anxiety by reducing the stress hormones like cortisol and epinephrine. Adrenaline, or hydrocortisone

Views from the west on laughter:

“He who laughs- lasts”. –  Mark Twain. Mark Twain once quipped,  ” The American humorist would probably chuckle if he knew about growing body of scientific proof that adds weight to his words of lightheartedness. It  reduces stress hormones like cortisol, and adrenalin, and pumps up the immune activity by increasing, a hearty laugh

Why do we laugh

The answer lies in the continuous developmental function of laughter. It is social; it’s not a do-alone work, the Scientists say. “All of us laugh at least 30 times as much whenever in a group than when we’re alone,” A researcher puts forward; it has to do with the evolutionary phenomenon of laughter. In humans, laughter existed before a speech by perhaps millions of years. Before our human ancestors could converse with each other, laughter was a simpler method of communication.

Laughter induces positive feelings in others

It is well known that the primary purpose of laughter is to commence a positive feeling in others. It is corroborated in the Quarterly magazine Review Of Biology in 2005. Because of laughter, the people around become cheerful and relaxed, the tension gets eased, and sense of unity prevails.  It may have been particularly essential for small groups of early humans.

There are some other ways of laughter. The rapid and loud of laughter after being tickled is different from the tight-lipped quite laugh one force out of oneself when your senior narrates a filthy joke. Laughter has a darker side says a researcher “When extremists attack someone, they are mostly reported to laugh while doing it.” The result is sorrow and depression if not treated soon.

There are two types of laughter — unplanned and forced — have different origins in the brain. The spontaneous laughter comes from the brainstem, an ancient part of the brain. So it might be a more natural form of laughter. The other pattern of laughter originates from parts of the brain that came into being more recently, in evolutionary terms.

Quality of Life improves on Laughter

A scientist believes laughter enhances the quality of life. .”I’m not against laughter,” says he. “I bring to notice that if we enjoy laughing, isn’t that reason enough to laugh? Do you need a prescription?”