Who Am I, Where have I come from, Where will I Go ?

Matured people at times wonder if they may find answers for the above questions in the heading.?

1) Please  bear in mind that 13.7 billions years ago there was a big bang.

2) Human beings and the living organism and stationery & lifeless particles like rocks & stones were created due to combination of various vibrations having varied properties.

3) Experiments have proven that on average the weight loss of of a body immediately after the death is 21 GMS  (Scientist Dr. Duncan Mac Dougall of Switzerland)

4) Rebirth of same SOUL after death is proven over and over around the world. 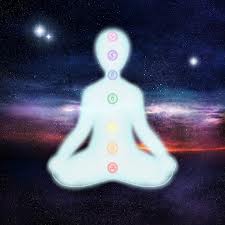 Almighty God created this world about 13.7 billions of years ago with Para and Apara vibrations and other vibrations were created. Both these vibrations are the minutest part of the Almighty God. Combination of theses vibration created the First Human Being. Human being consists of two things:

The vibrations of Jivatma are so small and unmeasurable by any existing means. It can pass through any medium. The human being is a bye product of these Atmic ( SOUL) vibrations. Of various vibrations the important ones are named Satvic (S), Tamsic  (T)  and Rajsic (R). Soon after human started reacting to these S R T  vibrations.

The Life force or the Jivatma – Soul) goes out of human being and goes away after its time is over, the remaining thing is called the corpse.  The corpse  returns to the five elements of the universe. Whenever the roaming Jivatma finds the source of the exactly similar vibrations – it unifies with it to form a new living being. Thus the PRINCIPLE OF RESONANCE IS FULFILLED. The unpolluted Jivatma along the previous life’s vices of sex, anger, greed, attachment & pride gets into a new body. This is a ongoing process and the new life come into being. The Jivatma is free to roam the universe. This belief is prevalent in all the major religions ( Philosophies).

Happy View of Life Depends On Your Attitude

Story – Whatever Happens In Life Is For Good

Remaining Sorrowful Will Not Lessen Anxiety