You may not have heard about these strange ringing rocks. They resonate, ring and emit special metallic sound giving out musical tones on being struck.

These type of rocks and stones or boulders are found around the world : Skiddaw in the English Lake District, the stones in Ringing Rocks Park, in Upper Black Eddy, Bucks County, Pennsylvania USA and the Bell Rock Range of Western Australia. Ringing rocks are also known as sonorous rocks or lithophonic rocks, as used in idiophonic musical instruments called lithophones. Ringing Rocks are said to have the property of resonating like a bell when struck. In one of the musical concert.  “The clear, bell-like tones of the rocks could be heard above the notes of the horns.” 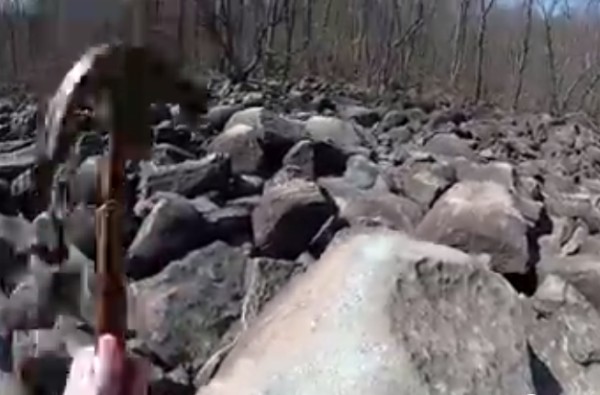 Stony Garden is one of the three public ringing rock boulder field located on the northwest slope of  Haycock Mountain in Bucks County, Pennsylvania,(USA)  near Bucksville. 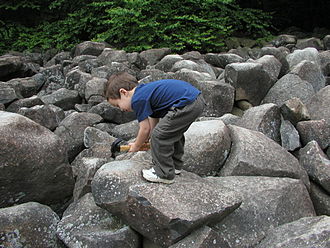 The ringing sound emitted by these rocks put anyone in doubt, if this is true and whether the mountains are made of stones or some other material. Scientist and geologist have not been able to ascertain as to why these rocks produce such rings. The research work is going on for years. Geologist Richard Faas says that these rocks emit a low frequency sounds initially (inaudible to human ear), which then mix together to give the audile sound(frequencies). He could find that these sounds are produced but he is unable to answer why some of these rocks emit bell chime sound.

These rocks are made of volcanic substance diabase. They have minerals and composition like other rocks ( iron, aluminium etc ). He believes that there is something else in these rocks still unknown to make them behave as they do.  Many scientist believe that these rocks have locked up stresses in them, thus enabling them to emit the metallic sound.