By using the conventional and traditional ways even 24 hours days are short and not enough to manage or solving problems.

Using modern technologies we can get over the obstacles to make a comfortable and happier world. At times it is sickening to get engrossed with modern gadgets like computers but they do make a big difference for all to be happier. Internet with Apps and social networking can to large extent can make people share instead of producing more thus to maintain the balance supply and demand. That way the resources and finished goods maintain balance.

You will realize something new is happening when you see somebody wearing good clothes, completes farming duties and smells of perfume even at the end of the work . Such is the story of upcoming farmers and entrepreneurs in the world.  They are making use of modern technology. It is nice to see farmers have started to use built up cabins and having air conditioner on tractors and business working premises. Farmers now a days have modern gadgets in farming and completing jobs as if they are part of a modern a company or a factory. Such farmers no longer require labour to do the traditional works  such as plucking and sorting the produce or tilling carried out earlier. As an example the work capacity with modern equipments can increase phenomenally. A machine costing $18000 can in one day the do the following jobs: 1) 20 acres of land can be watered, 2)given fertilizer, 3) sprayed with pesticide . Thus reduces the wastage of fertilizer and pesticide by as much as 50 %.. 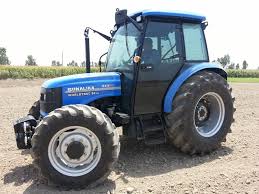 Another gift of technology in modern times is how to tackle the water shortage. Singapore has a successful economy but it had to deal with shortage of water. It was borrowing fresh water from the neighboring Malaysia for the last 60 years. These days it is following four tap strategy to solve its shortage. It has four steps to conserve and  secure the water disposal.The policy called ‘Four National Taps of Singapore’

1st step: 30% of its water in use is recycled. 2nd step 10 % water is made from desalination of sea water. 3rd step is to collect 10 %  the rain water  is used for supply. 4th step: the remaining water is to pay and get water from Malaysia.

If a tiny country can solve its problem using the technology why cant it be done for the rest of countries.

NEWater is the brand name given to ultra-pure water that is produced from reclaimed water. Wastewater, which is called used water in Singapore, is treated in conventional advanced wastewater treatment plants that are called reclamation plants in Singapore. 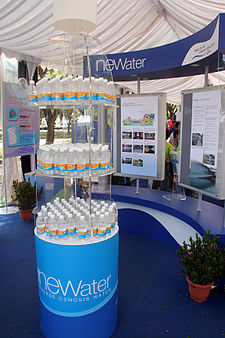