The original Americans lived here in Yellowstone jungles eleven thousand years ago. In 1917, the park was handed over to National Parks Service for its upkeep and maintenance.

All other nations followed the trend of naming their parks as National parks after Yellowstone park. These parks are also the wildlife sanctuaries. So that animal remains in natural habitat.

This is how it was named Yellow Stone:

Yellowstone National Park has rivers, lakes, canyons  and valleys, springs and mountains in its vast area. Yellowstone lake gave the its name to the park. This is the highest lake in the USA, it is in the super volcanic area called Yellowstone Super volcano.This area is located over the Yellowstone caldera or the cooking pot. 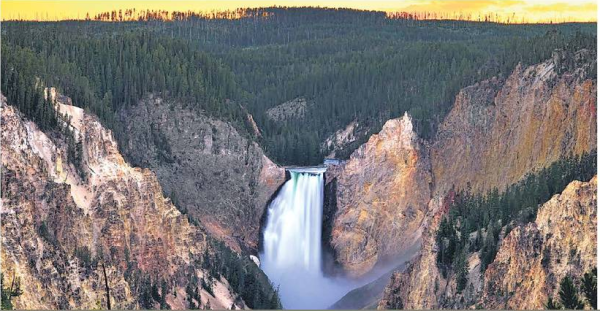 It is believed to be an active volcano. The lava erupted was colored yellow. That is how the place was named Yellowstone.

There are many distinctive features of the Yellowstone National Park. One of them is hot water Springs therein is called ‘Old Faithful’. The spring is said to be most predictable. Every 91 minutes, the water, gushes out. The spectators are advised to remain stay hundreds of meters away. The fountain ejects thousands of gallon of water jets between 106 to 185 feet high. This area is called the upper geyser basin.