The Case Against Lord Krishna

A nun in  Warsaw, Poland, filed a case against ISKCON (International Society for  Krishna Consciousness). The case came up in court.

The nun remarked  that ISKCON was spreading its activities and gaining followers in Poland. She  wanted ISKCON banned because its followers were glorifying a character called  Krishna “who had loose morals,” having married 16,000 women called Gopikas. 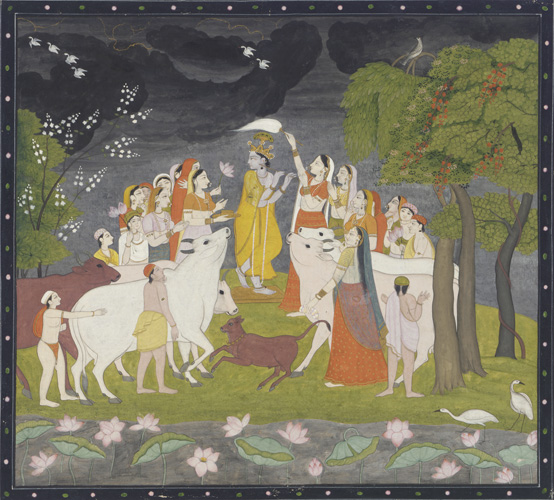 The ISKCON  defendant to the Judge:  “Please ask the nun to repeat the oath she took  when she was ordained as a nun.”

The Judge asked  the nun to recite the oath loudly. She would not.
The ISKCON man  asked whether he could read out the oath for the nun.
Go ahead, said the  judge.
The oath said in  effect that ‘she (the nun) is married to Jesus Christ’. The ISKCON man said,  “Your Lordship! Lord Krishna is alleged to have ‘married’ 16,000 women.  There are more than a million nuns who assert that they are married to Jesus  Christ. Between the two, Krishna and the nuns, who has a loose character?”
The case was  dismissed…
The last Chapter in Bible, Revelation  – strange in the Holy Bible but when it comes to mythology and specially about religion. No one should have right to defame another religion. Can you believe the final chapter in Bible called the Book Of Revelation paints such imaginary stories which will seem absurd today ? But here a word of caution. Do not judge by appearance alone. The best policy is to accept the message that Good always finally wins over evil.