In a few days, from 12 June to 13 July 2014 FIFA 20th World Cup, will be played in Brazil. As a country, Brazil is known for its culture and fondness for football.

Right now the country is in the midst of football fever. Whole nation is neck deep in the spirit of the football festivals to be held the second time after 1950. In South America, the world cup will be played for the first time after 1978 and 5th time overall 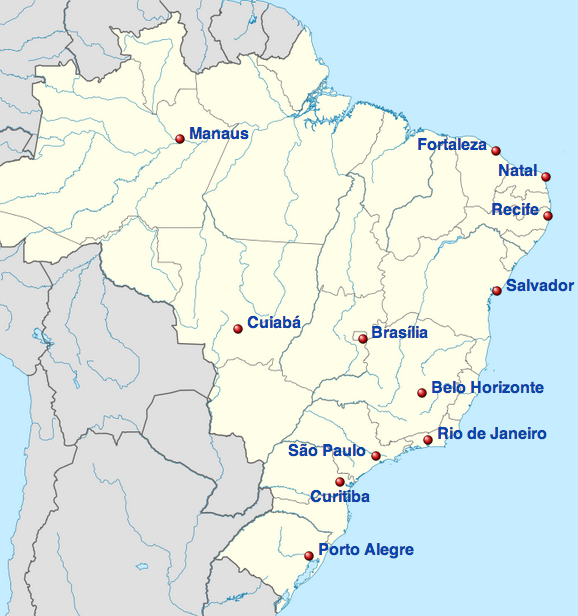 Brazilians are happy that their country is hosting the game. As the craze goes on the goal posts are seen everywhere in nooks and corners of the streets and neighborhood. So much so, the goal posts are even seen on the beaches and the coastal areas as well. As a rule, the size of the post is to 8 feet by 7.32 meters. These parameters are not adhered to, and are made as per convenience of the local people. These goal posts are seen even on rooftops, and not considered as abnormal. It is not unusual to see the scraps from the waste to make the posts. Making goal post shows the love and the craze for the game in Brazilians.

31 countries will participate in this world event and play 64 matches in 12 cities. Media from all over the world has reached here to cover the mega event. They want to move about and see the places before the game starts. The new age electronic eyes will be used to see the goal scored and decide in case of discrepancies.