A pizza without oregano, tastes incomplete, isn’t it?

Oregano is a flavorful and aromatic herb that has been used in Mediterranean and Spanish cooking since ages. It adds depth and savor to foods. The unique aromatic smell and the flavor of oregano is owed to certain chemicals such as thymol, pinene, ocimene, limonene, carvacrol, and caryophyllene. But besides adding taste to foods, oregano has much more to give you.

Oregano is also known as ‘mountain joy’. In ancient Greek and Roman, this herb was considered as a symbol of happiness. Recently this herb has gained lots of popularity as a medicinal herb with numerous potential health and beauty benefits. Thus, it is widely used a home remedy to treat a number of diseases and to keep health issues at bay. But before getting into the details about the health benefits of oregano lets have a look over its nutritional facts.

Oregano is rich in vitamin A, E, C, K, folic acid, vitamin B6, zinc, iron, calcium, copper, niacin, manganese, potassium, and magnesium. It is also a rich source of fiber, omega-3 fatty acids and phytochemicals. The best part is oregano is deprived of cholesterol.

Let us discuss in details health benefits and uses of Oregano and Oregano oil.

Carvacrol and thymol are the two compounds present in Oregano that render it antimicrobial properties. Both the oils give oregano a strength to fight bacteria. Even these oils can kill Listeria that is a foodborne pathogen and superbug MRSA that cannot even be killed in boiling water.

2. Oregano is a potential Antioxidant

Oregano is rich in manganese, vitamin A, and vitamin C.  Also, it contains thymol and rosmarinic. These compounds act as potent antioxidants and supports immune system.  The antioxidant property of oregano is 42 times more than an apple. Antioxidants fight free radicals.  This slows aging and prevents heart disease, cancer, and other health issues.

The extract of oregano arrests the cell cycle and, kills cancer cells. The anti-cancer property of oregano is owed to a phytochemical known as carnosol. Thus, oregano is found effective in preventing the progress of  skin cancer, breast cancer, leukemia and cancer of the prostrate.

Also, oregano is a good source of fiber that binds the cancer causing toxins and bile salts in the colon and removes them from the body. The body is then forced to break the cholesterol to make more bile salts. This in turn lowers the level of cholesterol and reduces the risk of developing cancer of the colon.

The presence of compound beta-caryophyllin (E-BCP) in oregano is known to inhibit inflammation. It is also found useful in treating conditions such as atherosclerosis and osteoporosis.

Being a rich source of dietary fiber and having 0 cholesterol value oregano is an ideal choice for maintaining a healthy weight. Carvacrol, an active compound present in oregano has the capability to dissolve the fats into droplets. This helps to reduce weight and keep the body fit. A fit body is free from the risk of developing a number of diseases.

Oregano is rich in dietary fiber. This provides bulk to stool and promotes bowel movements. Also, oregano stimulates the bile flow. This improves digestion and treats bloating and flatulence. If you are suffering from mild indigestion mix 2-3 drops of oregano oil in a glass of warm water, juice or milk and then drink it. You will find relief.  Add dried or fresh oregano to your food as it relieves muscle tension and acts as appetite booster.

Being anti-viral oregano treats the upper respiratory tract infection and shortens the flu duration. It inhibits the growth of staphylococcus aureus, which causes respiratory infections.

As we discussed above oregano is a powerful antioxidant, expectorant, antiseptic and helps to get rid of phlegm, congestion, high fever, body ache, headache, throat infection and cough.

To relieve the above symptoms add a few drops of oregano oil in a glass of warm water and drink it once daily for a few days.

To provide instant relief from a sore throat, drink oregano tea 2-3 times in a day. To make oregano tea, steep a teaspoon of dries or crushed fresh leaves of oregano in a cup of steaming water. After 15 minutes, strain it. Drink this concoction  2-3 times in a day. You may also gargle with it for immediate relief.

In the case of nasal congestion add 2-3 drops of oregano oil to a cup of steaming water. Place your face over the bowl and cover your head with a towel. Inhale deeply and exhale. Do this for 10 minutes. Repeat this 2 times in a day. Oregano acts as an antihistamine and relieves blocked nose.

The unwanted intestinal parasites that make your gastrointestinal tract, their habitat can become the cause of a number of diseases. They need to be killed and for this dried oregano is a very good option. The presence of thymol and carvacrol makes oregano volatile and antiparasitic. Research has also found that oregano is even  effective in the treatment of giardia.

Oregano is a known to regularize menstruation, ease premenstrual symptoms, ward off the menopausal symptoms and also prevent premature menopause. Besides, this being a pain reliever oregano has also been found effective in relieving the menstrual cramps. For this either chew the dried oregano  or drink a cup of tea made with dried or fresh oregano. Do this 3-4 times in a day.

Oregano itself contain 0 cholesterol and also controls the level of cholesterol in the blood. Being a good source of potassium it controls the heart rate and blood pressure. Being rich in vitamin k, it promotes the cardiovascular health. Also, it keeps the calcium out of the arteries and prevents atherosclerosis.

Being antifungal and antibacterial oregano has become an important ingredient of a number of hair products.

If you are suffering from dandruff, itchy scalp or hair loss, mix 2-3 drops of oregano oil into 2 tablespoons of coconut oil or olive oil and massage your scalp with it. Also apply the oil to your hairs. After an hour shampoo your hair. Alternatively, you may also add 2-3 drops of oregano oil to your mild herbal shampoo. Apply it on your scalp and hair evenly and then rinse it off with warm water after 2-3 minutes.

* Make sure the lather of shampoo should not contact your eyes or it may cause irritation.

Take 2 tablespoons of dried oregano or fresh oregano leaves. Mix it with a tablespoon of vanilla extract. Add the mixture to a cup of water and heat it on low heat for 45 minutes. Now microwave it for 30 seconds. Cool, the mixture and store it in a freeze in an airtight bottle. After shampooing or conditioning apply a small amount of this mixture and then comb your hair.

* Once made the mixture can be used for a week.

The antiseptic and antibacterial properties of oregano have made it an important ingredient in a number of skin care products.

Oregano oil inhibits the growth of acne-causing bacteria and eliminates them. If you have acne or pimples then add 4 drops of oregano oil to a glass of water. Clean your face. Now soak a cotton ball in the oregano and water solution and apply it on the pimples. You don’t have to rinse your face with it. Also, make sure the solution does not touch your eyes or it may cause irritation and burning.

* Before using oregano oil on your skin make sure to have a patch test to rule out allergy to it. For this, apply a drop of diluted oregano oil to your hand. If it causes itching and irritation you are allergic to it. In that case better don’t use it.

* Do not apply undiluted oregano oil to your skin.

Below are few homemade DIY face mask and skin toner recipes where oregano is an important ingredient.

Take one-fourth cup of Aloe Vera and 2 teaspoons fresh cucumber juice.  Mix them and add 2-3 drops of oregano oil to this mixture. Mix all the ingredients and apply this pack on the pimples. After 5 minutes, rinse it off with cold water.

* If your skin is allergic to oregano oil do not apply this mask.

To make skin toner take a tablespoon of dried oregano and add it to 3 cups of water. Boil it for about 10 minutes. Allow it to cool and then store it in the freezer in an airtight bottle. Apply this toner to the pimples. You may also apply to all over the face, but make sure to protect your eyes and lips.

This toner not only helps you to get rid of a pimple but also removes excess oil and tighten the facial skin.

* Discard oregano toner after a week.

Other uses of oregano

Our article is intended to give you a complete and well-researched matter. We don’t believe in keeping any facts hidden just to make our article appealing. Thus, considering this our duty to aware you about possible side effects of oregano we have mentioned them below.

Possible side effects of Oregano:

If you are neither allergic nor oregano upsets your stomach it is one of the best herbs to be consumed. Oregano leaves can be used in both dried and fresh forms. It is not necessary to use this herb only in Mediterranean or Spanish cuisines. You can consume it by sprinkling it on salad, boiled eggs, yogurt, whole wheat bread and baked vegetables. The aromatic and warm flavor of oregano will not only make your dish tasty but also healthy.

Oregano oil is also available in the market and you can use it to treat several health issues as discussed above.

It is also important for you to know that there two varieties of oregano available in the market.

Choose the right variety of oregano according to your taste, add it to your diet and stay healthy. 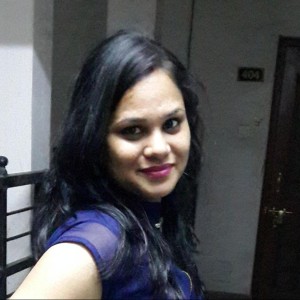 PrevPreviousSurprising Health and Beauty Benefits of Yogurt
NextWhen Does Acne Stop?Next
On Key