People do not want to live nearby airport Scipol, Amsterdam, Netherlands., because of the noise level there. Schipol is the fourth busiest airport in the world.

A particular technique developed by landscape artist Paul De Court to control the sound produced. Specially designed plains will reduce noise from the aircrafts. Ordinarily, the sound reaches far off due to land being of a level plain. Designer fields seem very odd, but the experience show that the sound waves are deflected towards the sky because of a particular construction. The researcher found that whenever the farmers ploughed the land, the noise decibel level went down considerably, and the surrounding were peaceful.


This discovery was used to design the nearby fields and parks by the designer.  The GPS guided robot excavators as shown below diverts the sound waves. The airport authority agreed that the noise level reduced by ten decibels. The plan is to double the area for such transformation benefitting the hinterland. 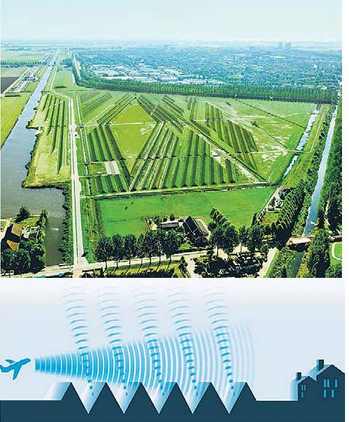 Over thirteen centuries, Japanese have developed the art of fishing by using Cormorant seabirds. The fishermen go out at nights in their wooden boats with ten birds as their fishing gear. These birds are trained that they catch fish and swallow up to six fishes at a time when the owner will remove the fishes from their mouth. The birds have rope fastened to their necks and are used in this expert fishing technique.  This way of fishing was developed along the banks of river Nagara. As usual the night lights are there to attract the fish. 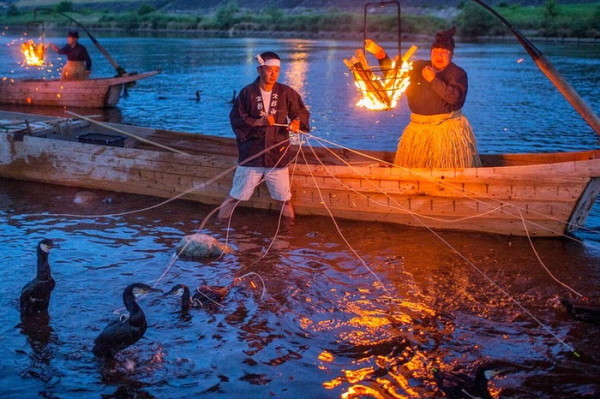