Coconut Oil Uses | Why and how can it improve your health

Coconut oil uses have served the humanity for ages. It is handy when used as a cooking medium that raises the digestion and stimulates the immune system against many ailments and disorders.

It is taken as a beauty aid for hair and skin care and restores health by reducing weight if required. It is not unusual that coconut oil when used in a non-refined and the pure state, it is more powerful. Here we are writing about its applications linking to health, beauty, and domestic purposes.

As a Health Medium:

As an incredible Beauty Aid: 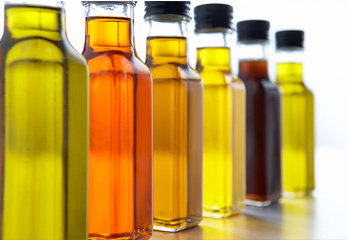 As a Weight Control Measure:

As per the studies carried out on inhabitants having coconut oil as their primary source of food and cooking medium have reduced appetite influence –  the fatty acid contents in the coconut oil bring forth this quality of reduced hunger resulting in attaining lesser body weight. The fatty acids in coconut oil can appreciably diminish hunger, which may inevitably change body weight over the long term. It is noteworthy that coconut oil burns more calories and decreases the appetite resulting in weight reduction.

American Heart Association’s lead scientist Frank Sacks warned that the Coconut oil is not so safe. He added coconut oil could be used as a moisturizer at the most, but not as the cooking base as the saturated fats in the coconut oil is comparatively more than in other saturated fats of palm oil, beef fat or the butter.

Coconut oil has a reputation as the solution of health enthusiasts, but it may not be as reliable as people think. In a paper released he points out that Coconut is proportionately worst as the other saturated fats of oils. As a precaution, American Heart Association has advised cautionary approach on saturated fats when using the coconut oil. The released report points out not to use coconut oil as a cooking medium.

In all the seven out of seven trials coconut oil had 82% UNSATURATED FAT, butter had 63% and beef fat 50%. It advised using unsaturated fat of olive oil or the sunflower oil instead.