Mars society is conducting a program by simulating conditions as on the planet Mars. They have chosen Utah’s rocky, arid desert – red hot rocky area with hot winds blowing. The space research station base is 40 miles from Hanksville.

They (team of four men and two women) live there with limited ration and no outside connection with the world. In their research. They bath once  every three days and continue their study of two weeks of the tour. Whenever the team has to leave the station, they have to ensure that exit can only take place like in a science fiction movie with perfect air lock. They need to don heavy helmet, boots and carry the radio units. 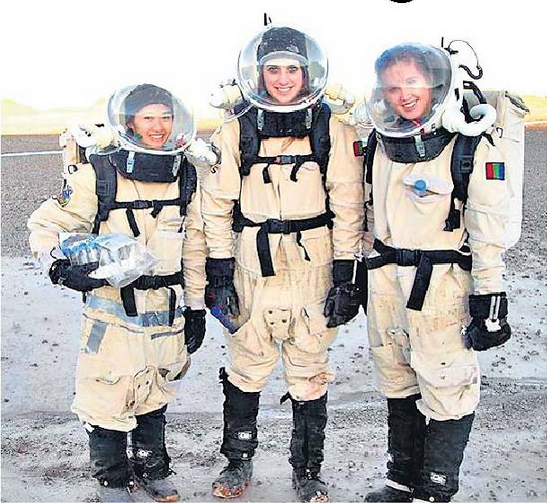 The research project’s aim is to know how difficult it is to live on the red planet. They sleep in coffin-like beds in a two story-hut. A few mails are allowed per day. They have the only outside connection with the Mission Control and have to report daily by giving details of the way they feel, leaving no aspect of their experience. All this would help the project scientists to learn how to overcome difficulties on the trip that will last between one year to for five years.

Psychological and engineering problems need to be sorted out prior to any program to land on the red planet. The mission commander Lara Vimercati, 27, is a Biologist with NASA. She says to enter the Mars it will take 20 years more. The engineers will be the first to land on the Mars’ surface as they can repair any breakdown but as a Biologist, she might be the first one to reach there.