Four Things You Must Know About Office Productivity.

We do not know many things about Office.It will be not less than surprising to know more about them. Researchers are trying to find answers to daily affairs about office routine. To get maximum work output during office hours, we can get much help in understanding the psychology of running the office.

1) Maximum happiness is in doing the routine busy work.

Researchers at University of California, Irwin found that the office staff remains happiest during the time of the routine work like checking emails or cleaning ones desk or when busy in some challenging work.

It is generally believed that office staff cannot complete the assigned work while remaining on the Facebook or Twitter, but, during a Microsoft survey it has been found that it is other way round. 46% of the works productivity increased while using social media tools. 37 % of the staff desired that the management should allow to use the social media to increase the productivity. There is no direct link between increase in productivity due to social media. But it was noticed that using Facebook and Twitter enhance the mood of the staff. 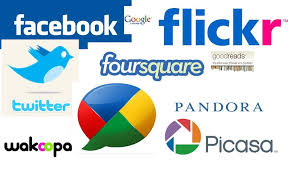 Research at University of California, Irwin found that by 11 AM hours the work productivity starts to rise, between 2 & 3 PM the work productivity reaches the peak, after that it starts to decline. Unfortunately the work on major projects starts after 3 PM, which is wrong. Essential motivational desire and focus on the work is lacking after 3 PM. According to Captivate Network during the summers and on increase of temperature the office attendance dips by 19%.

4) Effect of office temperature on the mood

Studies show that lower temperature enhances the feeling of loneliness and sadness. But increasing the temperature is not the solution. It has been noticed that productivity is lowered under increased temperature. The best results are obtained by maintaining the temperatures between 18 and 21 degrees. 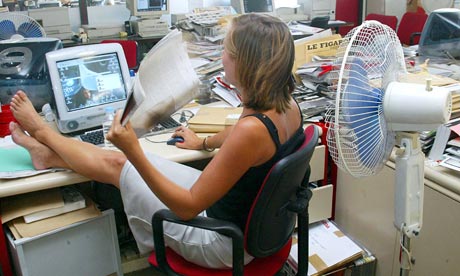